Have you ever wondered how difficult it would be to make a presentable movie or a documentary without a Video Joiner? In my opinion it would be absolutely impossible to finalize a long video without using a good video joiner software. 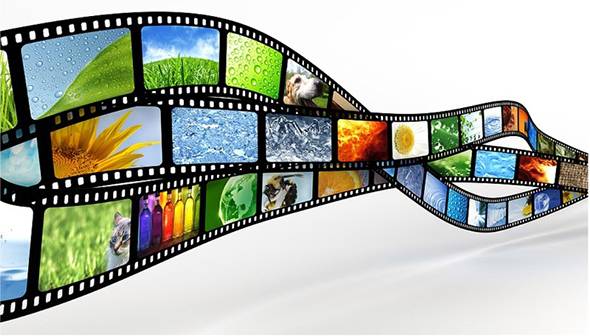 Such software is being extensively used in Hollywood and other notable powerhouses of entertainment for joining chunks of recordings in the form of a streamlined video. In the upcoming lines of this article let’s explore the possibility of a simple video joiner for common people who are neither an astute movie director like Tim Burton nor totally out of touch with digital photography.

Best Video Joiner for Your PC

Free Video Joiner can be that simple and easy to use software for all the newbies and semi-geeks who need to make a video by joining various clips. Video joiner brings a lot of fun with it. Yesterday I watched a video blog of Casey Neistat on YouTube. He had effectively used the concept of joining videos in a thoughtful manner to inculcate amusement in his videos. In a video he picks up a coat and holds it in front of him using both of his hands in such a way as if he is doing some magic spell on it. 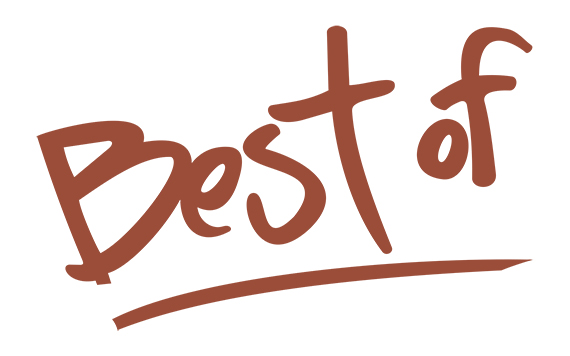 The very next scene shows that he is wearing that coat. As a matter of fact he might have used the magic of some video joiner to add such magic in his blog. If you have got such creative ideas you can also execute them with the help of Free Video Joiner which is not only an easy to use freeware but also capable of joining video clips of totally different formats.

What to Look for When Choosing Video Joiner Software 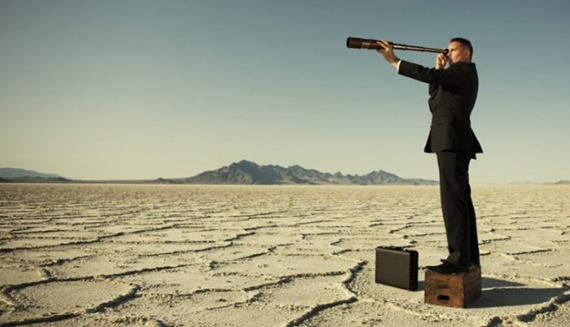 While choosing a video joiner one should make sure that it has all the capabilities to complete those tasks related to joining videos for which you have felt the urge to look for the software. It should have all the functions to convert the small video clips into a continuous video. It should be able to use the videos made in different formats to form a seamless stream so that the final result should not look like a combination of parts until and unless you want to emphasize that fact. It should not put the load on the counterpart processes running on the machine and let the user conclude with the video joining requirements as swiftly as possible.

The top most pro of Free Video Joiner is that it is totally free and you don’t have to spend even a cent to get it installed on your PC.

We have specially designed its graphical user interface GUI to make your interaction with the software smooth and fruitful. It is easy to use and its window brings together all the important functions at your fingertips.

Free Video Joiner takes very less time to add the loaded clips with the help of parallel processing and harnesses the power of CUDA and DXVA technologies to ensure that you don’t have to wait for a long time to get the bigger video file.

While the video clips might have different video qualities, the freeware lets you customize the output quality by providing the relevant options.

Free Video Joiner can take AVI, MPEG, MP4, WMV, AVI, HD, Blu-Ray, FLV and more than three hundred other formats as source and allow you to modify them into a greater video.

It gives you the options to select the presets and output format to ensure that you get the joined video chunks in the desired form.

How to Join Video with the Best Video Joiner

Let’s take you along to make you familiar with the basic steps of joining video clips with the help of Free Video Joiner.

After installing the Free Video Joiner, run it by double-clicking the newly formed icon and load the videos to the panel by using the “Add Video” button. You can use the “Clear” button to unload all the loaded files at once. You may also use select some of the videos loaded in the panel and click the “Delete” button to remove them from the list. 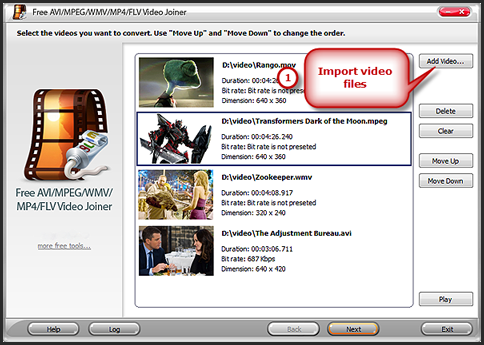 It lets you arrange the order of videos as per your requirement with its built-in drag function. You can also use the “Move Up” and “Move Down” buttons to finalize the order of loaded videos. Make sure that you have set the files in required arrangement before starting the merging.

After adding the videos to the freeware and arranging their order, click the “Next” button. It will bring you to the new window where you can select the output mode as well as the path where output files will be stored. Simply select the file format under the “Convert to” options and choose the appropriate presets for the merged video to ensure that you get the desired quality from the output.

Once making all the settings up to the mark, click “Join now” to begin the joining process. 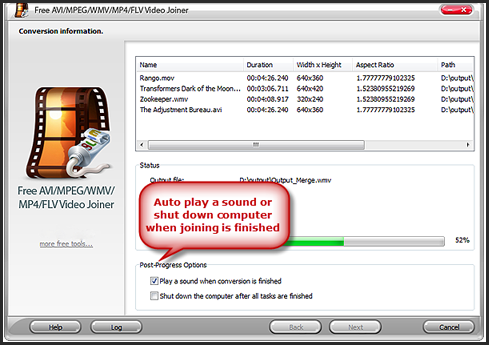 Below mentioned tips can support you while you are in a hurry or anxiously waiting for the video joiner to complete the assigned task: 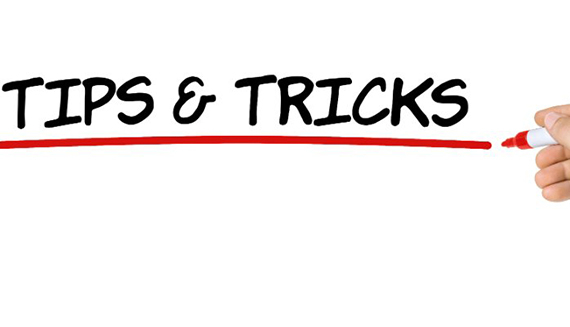 You can simply check a box and make the Free Video Joiner play a sound to intimate you at the completion of video joining process.

Another checkbox is there in the “Post Progress” section to let you shut down the system after the joining is completed.

As you have seen above that process of adding videos into a bigger video is fairly simple and fast with Free Video Joiner, anyone can use it without any prior experience of video editing and merging. In the era of social media over the internet, one can use Free Video Joiner to add the recorded moments of joy and celebration in the form of an aggregated video file and instantly share with their near and dear ones.